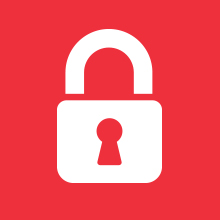 Give a one-off donation, or a monthly amount.

Give a one-off donation, or a monthly amount.

Racing Across Europe For CACT - 800k In A Month!

CACT empowers communities and changes lives by improving health, education and employment and reducing crime. Thier work is more important than ever during this challenging time.

The achievements of CACT have been recognised both nationally and internationally. CACT has won numerous industry awards including the 2009, 2013 and 2016 Football League Community Club of the Year and the Beyond Sport ‘Sports Team of the Year’ in 2014. CACT continues to use the power of football and sport to address social issues.

To help raise vital funds for CACT I've entered The Race Europe. This event will see 14 London Football Clubs race across Europe in a virtual activity challenge. Working in squads of 23, each Club aim to be the fastest to cover the 6,720 miles that separate all of the Euro 2021 Host Cities - Once the challenge is live from Monday 1 March, I'll be logging my miles and sharing my progress

Thanks in advance for your support.

Good luck Mate, massive amount of miles to cover...,you can do it!!

Best of luck Steve, a worthy cause!

Good luck mate, not long before we can catch up with live updates over a beer